Our stories. Find out more about our work towards the Sustainable Development Goals.

Story
10 December 2021
The UN in Indonesia Has Announced the Winner of its First Sign Language Dance Choreography Competition
Rezza Zimah, an actor from Jakarta who has a hearing impairment, has won the UN in Indonesia’s inaugural Show Your Sign competition, a sign language dance choreography contest the UN and partner organizations launched in the run-up to the International Day of Persons with Disabilities on December 3. “I practiced a lot in front of the mirror, and my wife helped as well,” Rezza said at an online awards ceremony on Dec 9, explaining that he chose to devise choreography to Justin Bieber’s 2020 hit Intentions because “that song gave me goosebumps. The music was so upbeat, and I could feel the bass.” Opening in early November, the Show Your Sign contest asked Indonesian social media users to create original choreography for one of ten pre-selected songs using sign language. It was co-devised by the UN in Indonesia and the International Labour Organization (ILO), in partnership with the Indonesian Association for the Welfare of the Deaf (Gerkatin), and the affiliated Sign Language Center in Indonesia (Pusbisindo.) “I congratulate Rezza and all the entrants who posted such engaging responses to Show Your Sign,” said Valerie Julliand, the United Nations Resident Coordinator in Indonesia. “A sense of joy and creativity is palpable across so many of the videos. In reaching so many thousands of people they make a significant contribution to popularizing Indonesian sign-language.” In addition to Rezza, who won a top prize of IDR 5-million, the judging panel awarded second and third prizes respectively to Andri Indarwan, who devised sign-language choreography to the song Manusia Kuat by Tulus, and Nenna Phanuela (Athena Limbong), who danced with her mother to ABBA’s Dancing Queen. One Instagram Reel, posted by Bali-based Deaf comedian Wayan Mindra, received more than 1,600 likes and has been watched more than 37,000 times. In devising his winning choreography, Rezza said that he tried to follow the music’s rhythm and especially its bassline. One of the challenges was conveying the meaning of the lyrics succinctly: “I tried to understand the lyrics well and I tried to think about how to minimize the movements because the lyrics contained a lot of words,” Rezza said. Hearing impairments are the most common impairments among people with severe disabilities in Indonesia, prompting the UN in Indonesia to focus on popularizing sign language among other initiatives around International Day of Persons with Disabilities this year. In an interview with the head of Pusbisindo Laura Lesmana Wijaya, the UN Resident Coordinator explained that the experience of being cut off from our normal networks during the pandemic prompted the UN to focus on people with hearing impairments for this year's campaign. “We could not see the people we loved, the people we worked with. The only thing we had was a screen in order to have communication,” Julliand said in the interview, “we need to make sure everybody, whatever their ability or disability, can communicate." Julliand added that the UN in Indonesia was capitalizing on momentum around sign language, encapsulated by K-Pop group BTS's recent performance of a song that included sing-language choreography at the UN General Assembly. Show Your Sign is part of a series of integrated campaigns the UN in Indonesia organized around the 16 Days of Activism against Gender-Based Violence, which runs from Nov. 25 to Dec. 10. In addition to promoting the use of sign language, the campaign serves as a platform for members of Indonesia’s Deaf community to show solidarity with survivors of gender-based violence. Wijaya, the head of Pusbisindo said Show Your Sign had successfully reached many thousands, “but we wish to reach uncountable more people so that we can stand stronger and ensure greater awareness of all forms of discrimination and stop them right now.” The experiences of people with disabilities in Indonesia are under-researched. But a study conducted by the ILO slated for publication next year shows that less than half of people with disabilities in Indonesia are currently in the labour force. People with disabilities in Indonesia have lower educational attainment, with around 75% having only graduated from elementary school. And those that are employed mainly work in the informal sector, with a large pay gap compared with workers without disabilities. Globally, people with disabilities have been disproportionately affected by the COVID-19 pandemic and its socio-economic fallout. The UN and the ILO advocate a human rights-based approach to disability. This means that instead of society regarding people with disabilities as objects of philanthropy in need of medical interventions, society should focus on removing the barriers that can prevent people with disabilities from realizing their potential and deprive them of their inalienable human rights. More than 40 UN staff from the ILO in Indonesia recently enrolled in sign language classes provided by Pusbisindo. Next year, the UN in Indonesia is also rolling out disability inclusion initiatives across UN Agencies related to more inclusive human resources management, including the recruitment of persons with disabilities, improving digital accessibility, and improving physical accessibility for persons with disabilities. *** For more information on Show Your Sign and to see all the competition entries, search #ShowYourSign on Instagram For more information on the Indonesian Association for the Welfare of the Deaf, Gerakan Untuk Kesejahteraan Tuna Rungu Indonesia: https://www.gerkatin.org/ For more information on the Sign Language Center in Indonesia, Pusat Bajasa Isyarat Indonesia: https://pusbisindo.org/
Read more 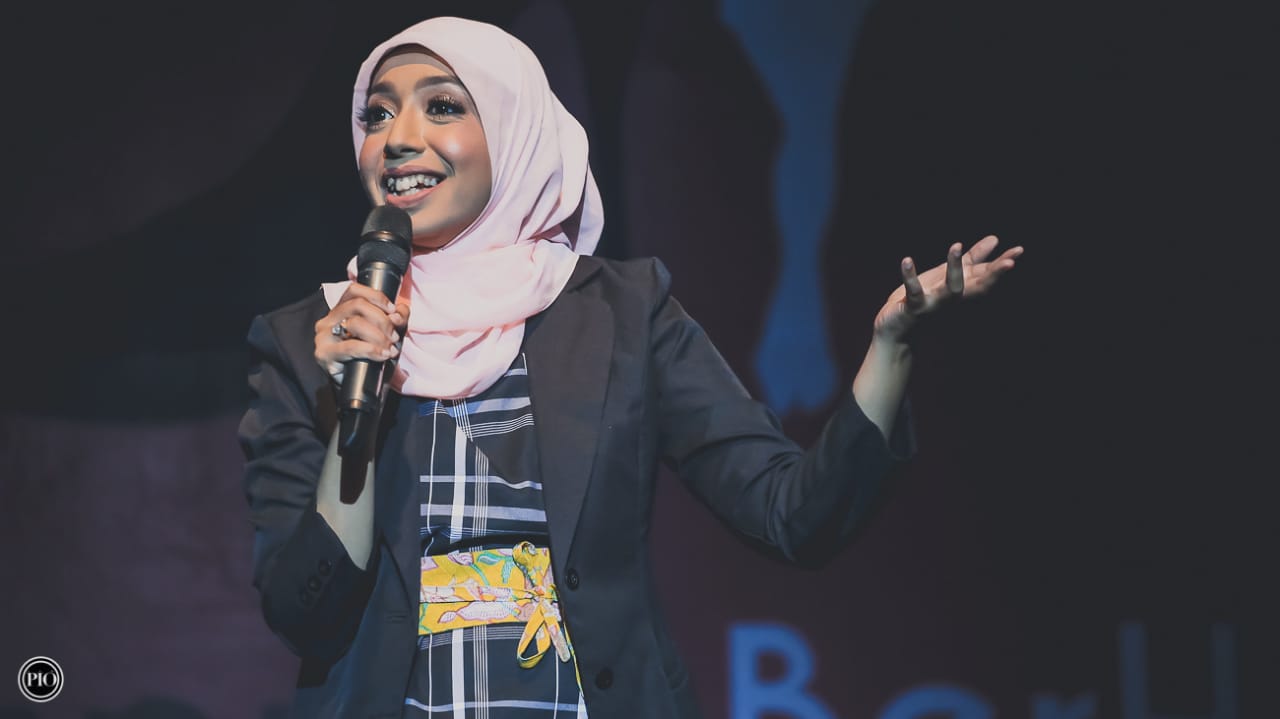 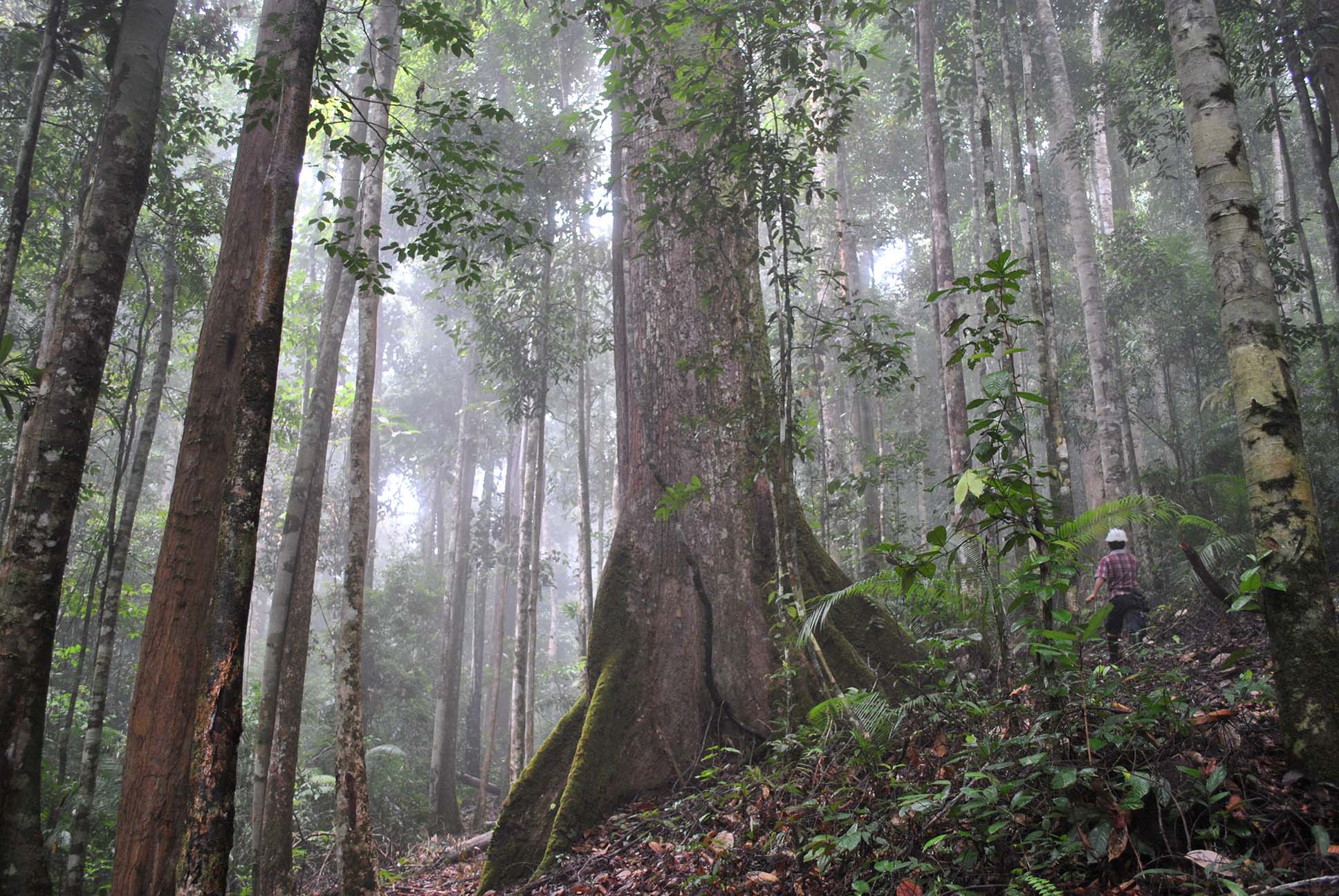 Story
15 November 2021
‘Start With What Feels Closest.’ Read an Indonesian Student’s Correspondence with the UN Resident Coordinator on the Climate Emergency

Story
08 November 2021
Vaccinating Refugees in Indonesia, for the Benefit of All 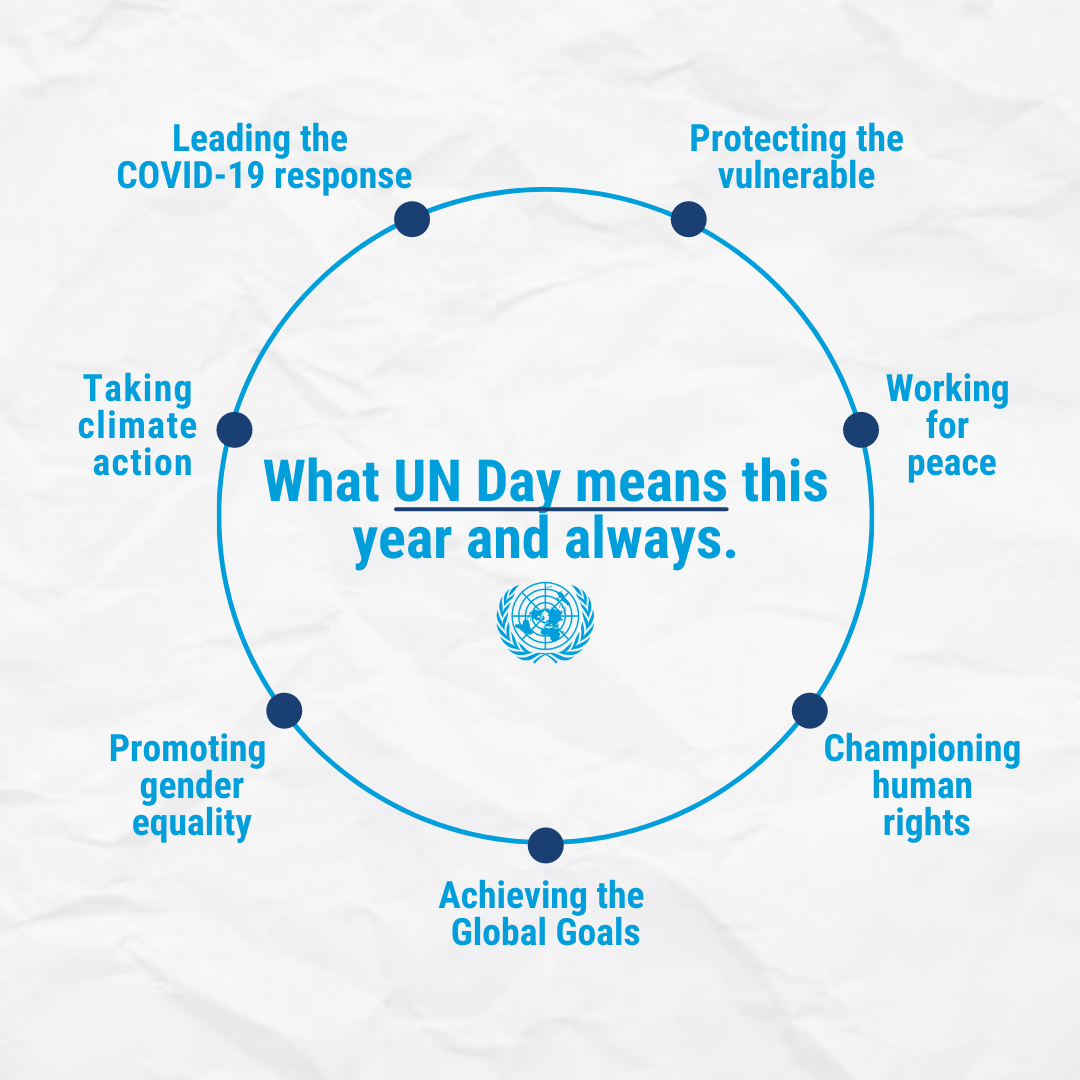 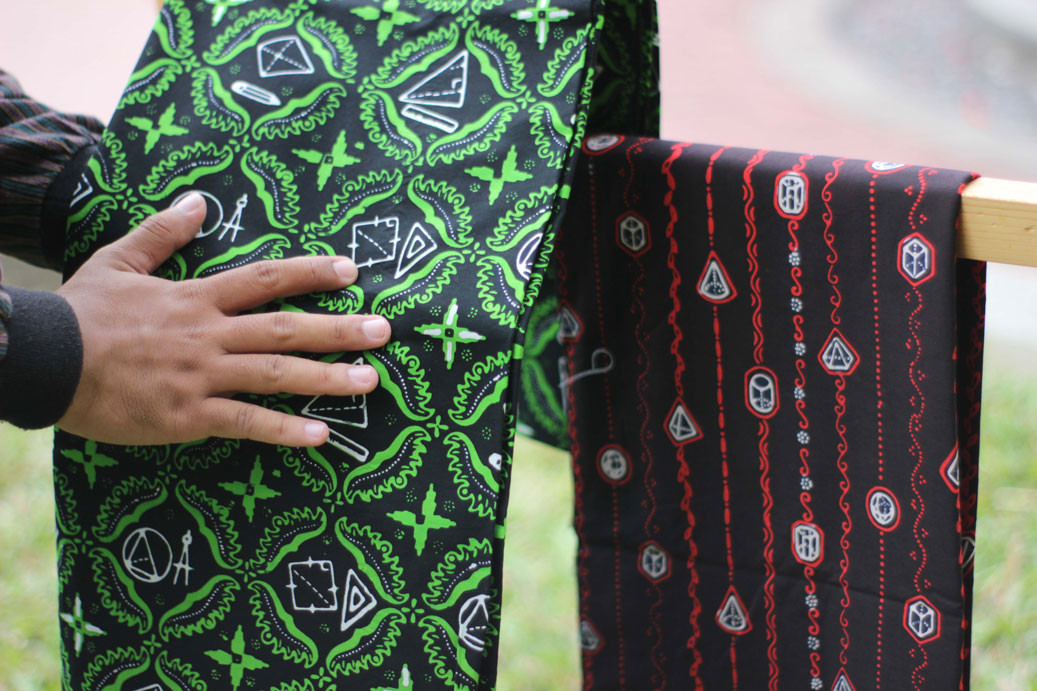 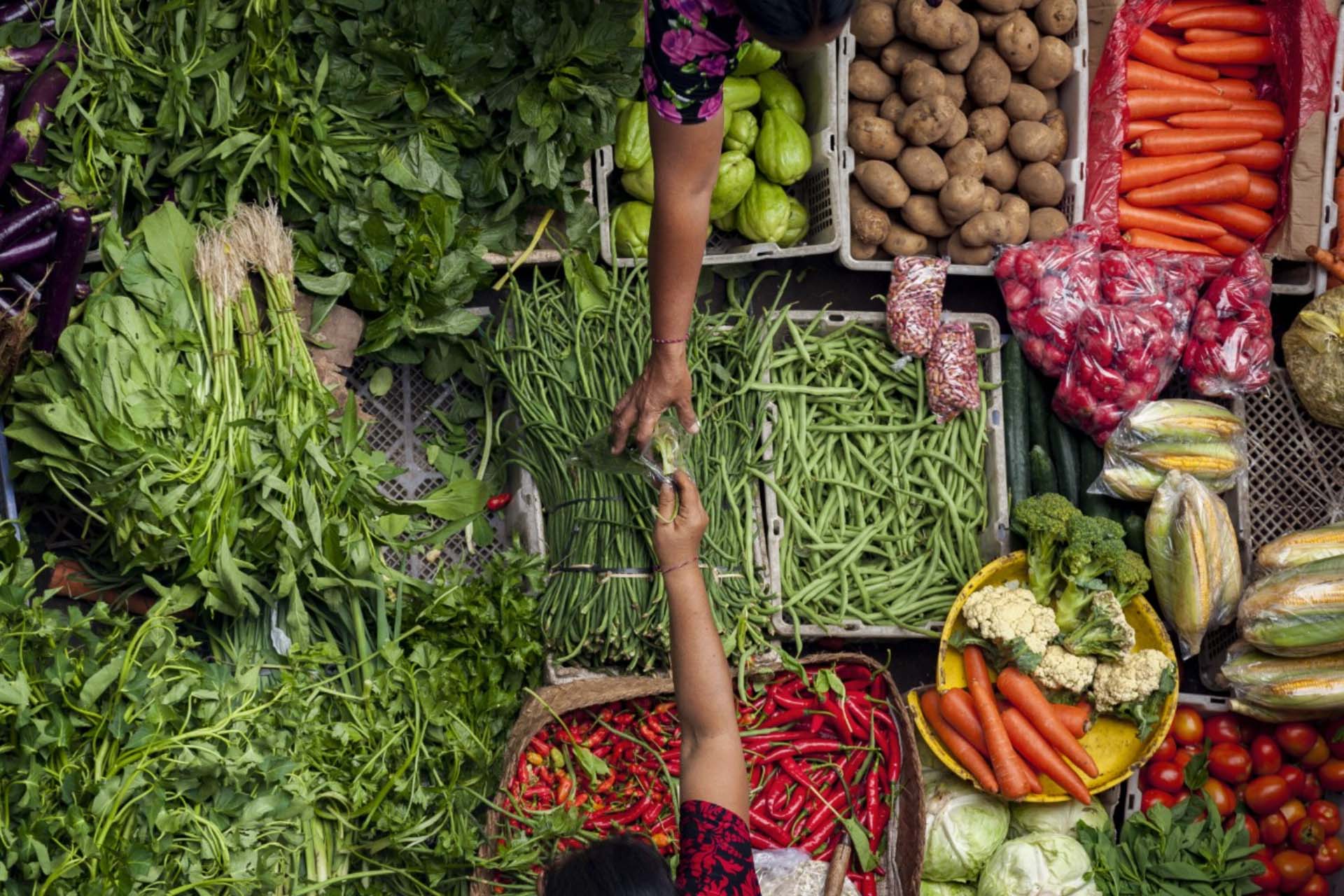 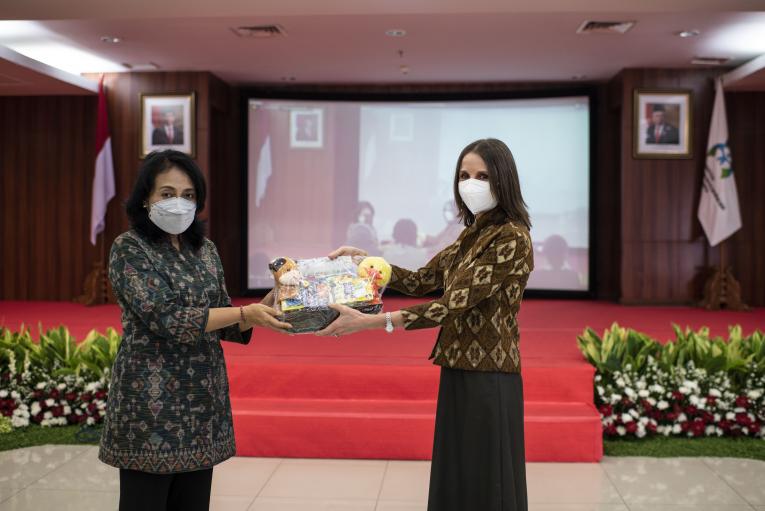 Story
05 October 2021
Indonesia: More than 25,000 children orphaned due to COVID-19 since the start of the pandemic 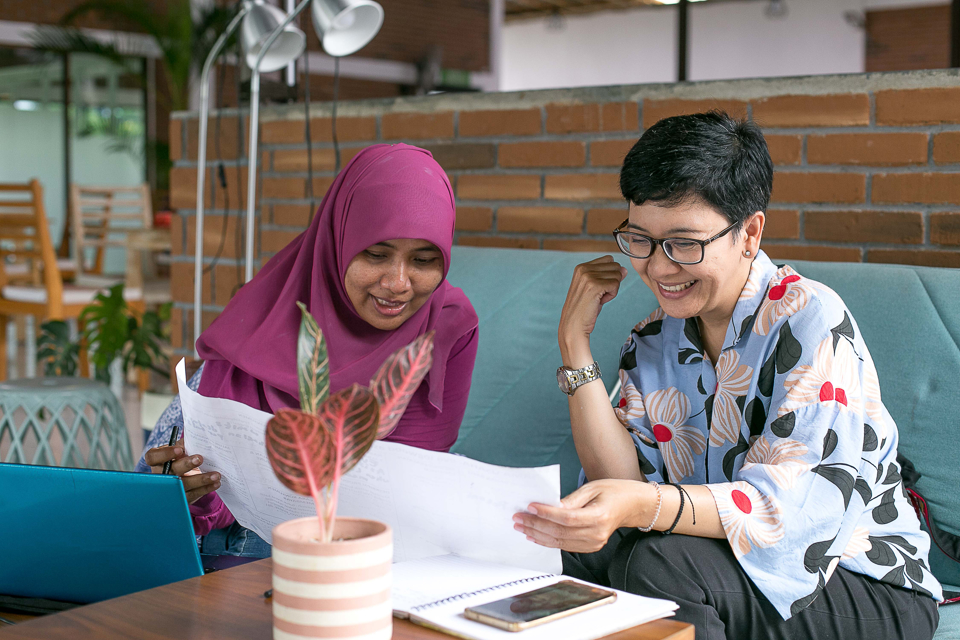 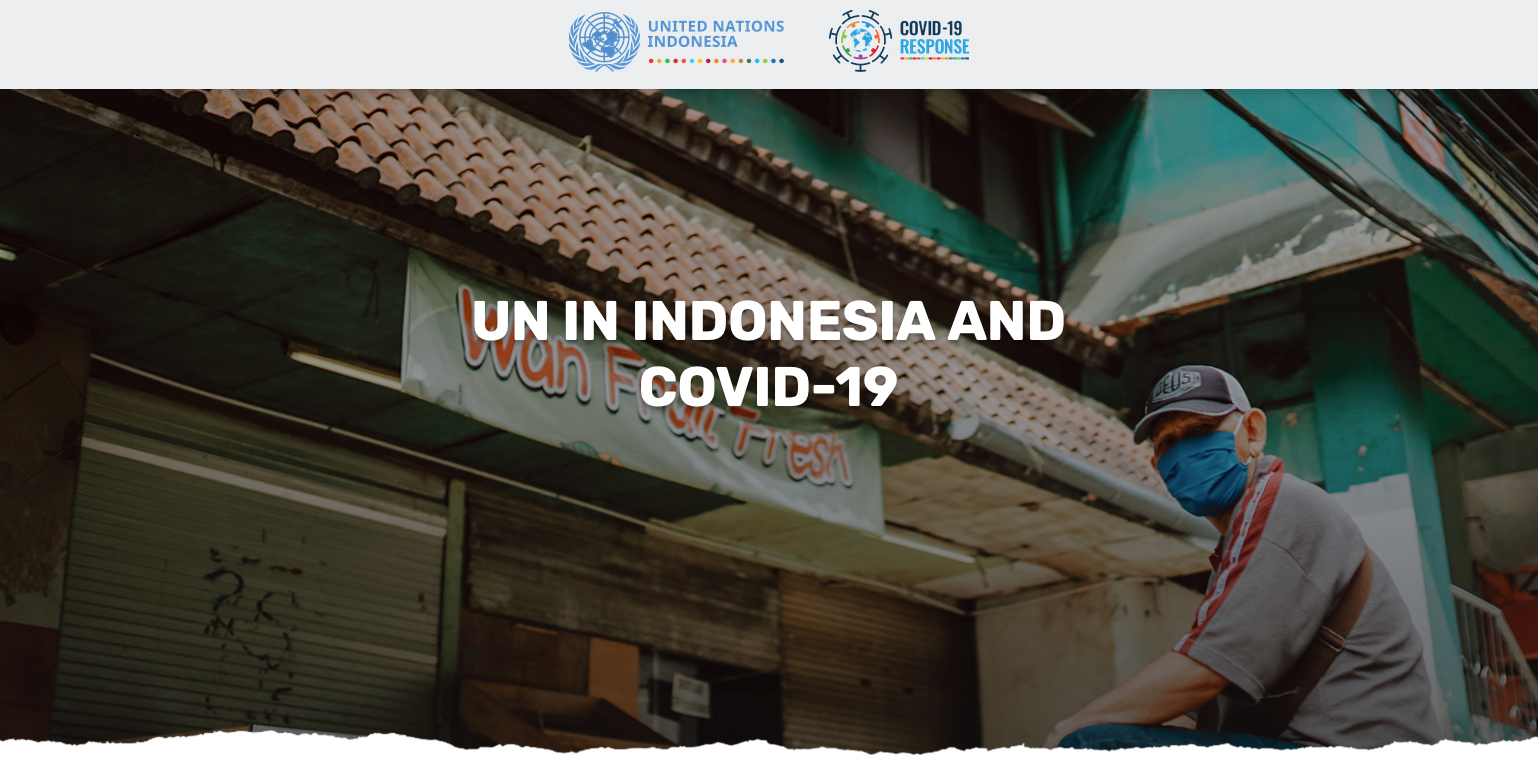 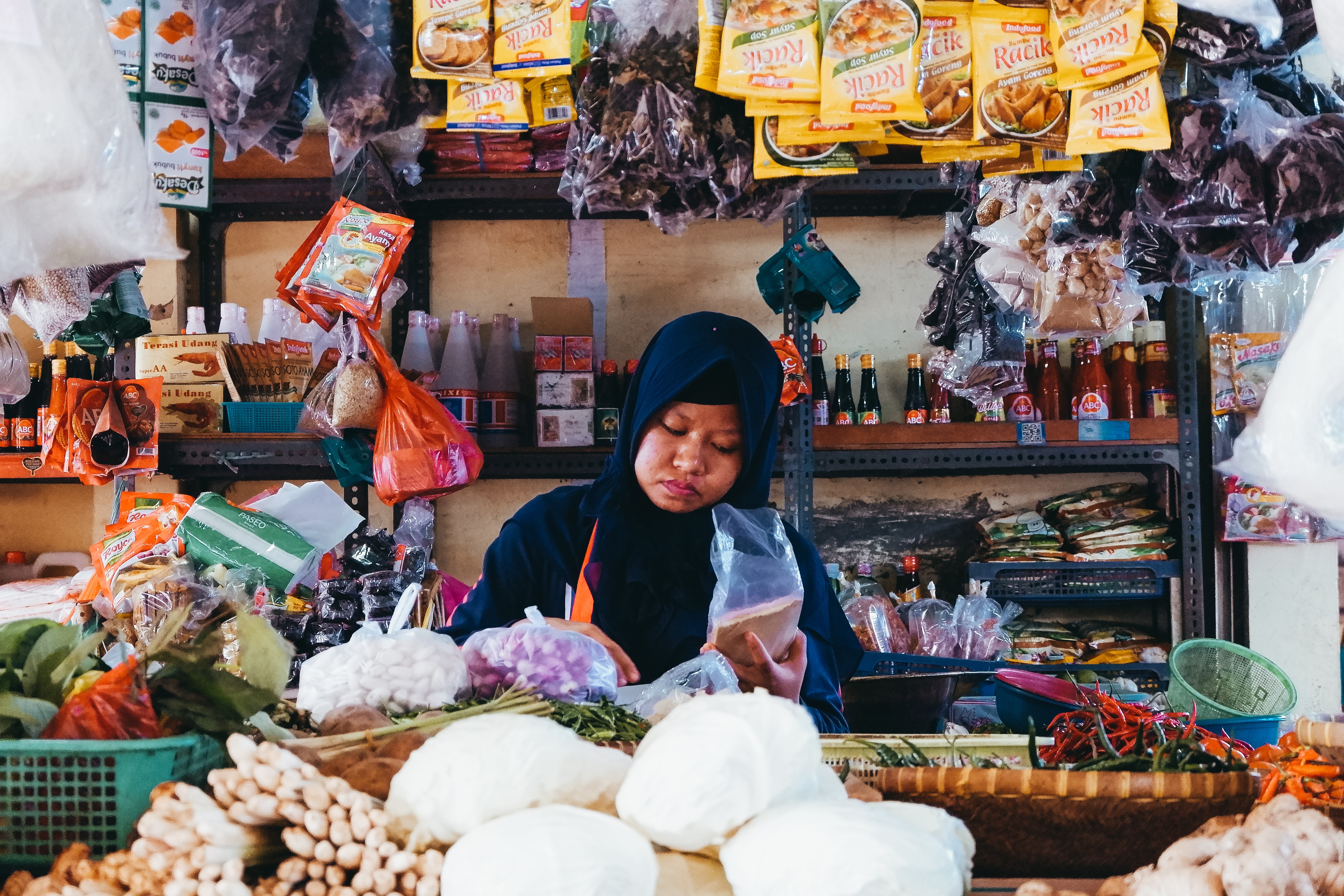