OPINION: Forty Years on, Far Too Many Indonesians Are Still Dying From AIDS

With the next targets set for 2025, Indonesia has a lot of catching up to do.

The COVID-19 pandemic has cast a sharp light on inequalities and anti-science populism. But it has also highlighted humanity's remarkable capacity to come together in the face of shared adversity.

So rapidly has the world developed COVID-19 treatment protocols—from identifying the virus’ spike protein, to the blistering pace of vaccine development, to rolling out meticulously organized immunization campaigns in countries like Indonesia—that it’s easy to forget that such a response is the exception, not the norm.

Forty years ago, on June 5, 1981, a different health threat emerged that caused global alarm. But it would take decades for an effective treatment for HIV and AIDS to become widely available, and there is still no vaccine. Through the 1980s “there was little hope for those diagnosed with HIV.” Gottfried Hirnschall, the director of the HIV Department at World Health Organization (WHO) has said: they faced “debilitating illness and certain death within years.”

Since then, the world has made significant progress towards ending the AIDS epidemic, but the progress is largely uneven. Lifesaving antiretroviral therapy (ART) eventually became cheaper and more widespread in the early 2000s. That should mean that everyone who is living with HIV today is able to enjoy a full and healthy life.

Tragically, this is far from the case in many countries. In fact, the newly published UNAIDS report shows that 690,000 people died AIDS-related deaths in 2020.

Four decades after the first reported case of AIDS, the UN General Assembly is convening in New York City a High-Level Meeting on HIV and AIDS. In the next three days, countries will review the past five-year progress on AIDS and adopt a new political declaration that will get the world closer to ending the epidemic by 2030.

Globally, HIV and AIDS disproportionately impacts marginalized groups—including migrants, people who use drugs, transgender women, sex workers, and men who have sex with men. Vulnerable, marginalized and criminalized communities remain at higher risk of HIV infection than the general population. They do not always receive essential information on HIV treatment, prevention and care services. In Indonesia, for example, human rights groups have warned that the increased discrimination toward key populations has made the AIDS epidemic worse.

UN Secretary-General Antonio Guterres, in a report released ahead of the high-level meeting, cites systematic inequalities as a key reason for the world missing its target on AIDS. Ending those inequalities, he said, would have “transformative outcomes'' for people living with HIV, their communities, and their countries.

Gender inequalities are some of the most widespread. Harmful gender norms restrict women’s use of sexual and reproductive health services by perpetuating gender-based violence and limiting decision-making power. Those norms also restrict the ability of women and girls to refuse unwanted sex and negotiate safer sex.

The world has made incredible advances in tackling HIV and AIDS since the 1980s. But a huge amount of work remains if we are to achieve the ultimate goal of zero new infections, zero AIDS-related deaths and zero discrimination. A staggering 1.5 million new HIV cases were recorded globally in 2020. That’s three times the 2020 target of fewer than 500,000 new infections.

With the next targets set for 2025, Indonesia has a lot of catching up to do.

Indonesia, where UNAIDS estimates that more than half a million people are living with HIV, is one of the countries in the region with the highest number of people living with HIV, only behind China and India. Yet only 66 percent of people with HIV are aware of their HIV status.

Out of the estimated number of people living with HIV, only 26 percent are receiving ART despite it being widely available free of charge for all people diagnosed with HIV. The proportion of Indonesians receiving ART is significantly lower than the global coverage of 87 percent. Without an accelerated treatment coverage, the number of new HIV infections and AIDS-related deaths in Indonesia will simply not decline fast enough, potentially costing many lives along the way.

Bold political leadership is needed if we are to re-energize Indonesia’s HIV response and challenge the inequalities that make communities vulnerable to the epidemic. The High-Level Meeting on HIV and AIDS is an opportunity for Indonesia and the rest of the world to reinvigorate focus and commitment on ending AIDS through the adoption of a new political declaration that guides the response for the next five years.

As the UN marks 40 years since the AIDS epidemic officially begun, we reflect on the extraordinary advances the world has seen in public health. But we must also ensure that the same urgency and vigor applied to the COVID-19 response, is equally directed to the decades-long AIDS epidemic that has taken the lives of more than 800,000 Indonesians since 1990.

Indonesia has taken bold and effective action against the COVID-19 pandemic. The government has shown strong leadership to promote equity of vaccine access for all countries at the World Trade Organization; meanwhile health providers have tapped into the digital space to expand telemedicine services. The Indonesian public has responded in kind: from sharing information using banners and social media, to supporting the basic needs of people who are self-isolating due to the COVID-19.

Our collective efforts on public health must not stop there. COVID is a matter of life and death. So is AIDS. Let’s ensure that both receive the attention needed so that no one anywhere is left behind.

This article was originally published in thejakartapost.com. 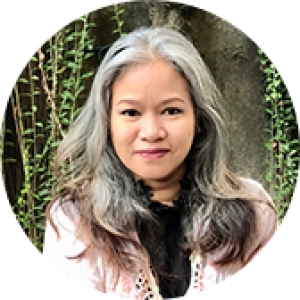