From COVID-19 to climate disruption, from racial injustice to rising inequalities, we are a world in turmoil. 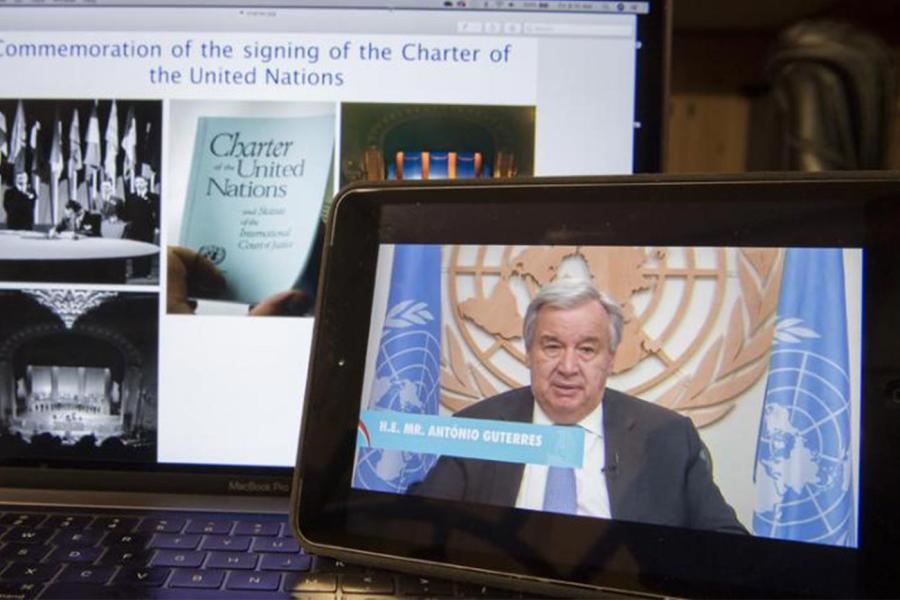 The pandemic, as horrible as it is, must be a wake-up call that prompts all political leaders to understand that our assumptions and approaches have to change, and that division is a danger to everyone

From COVID-19 to climate disruption, from racial injustice to rising inequalities, we are a world in turmoil.

At the same time, we are an international community with an enduring vision – embodied in the United Nations Charter, which marks its 75th anniversary this year. That vision of a better future —  based on the values of equality, mutual respect and international cooperation —  has helped us to avoid a Third World War that would have had catastrophic consequences for life on our planet.

Our shared challenge is to channel that collective spirit and rise to this moment of trial and test.

The pandemic has laid bare severe and systemic inequalities both within and between countries and communities.  More broadly, it has underscored the world’s fragilities – not just in the face of another health emergency, but in our faltering response to the climate crisis, lawlessness in cyberspace, and the risks of nuclear proliferation.  People everywhere are losing trust in political establishments and institutions.

The emergency is compounded by many other profound humanitarian crises: conflicts that are continuing or even intensifying; record numbers of people forced to flee their homes; swarms of locusts in Africa and South Asia; looming droughts in southern Africa and Central America; all amid a context of rising geopolitical tensions.

In the face of these fragilities, world leaders need to be humble and recognize the vital importance of unity and solidarity.

No one can predict what comes next, but I see two possible scenarios.

In this case, the world would muddle through.  Countries in the global North would engineer a successful exit strategy.  Developing countries would receive enough support and their demographic characteristics – namely, the youth of their people – would help contain the impact.

And then perhaps a vaccine would appear in the next nine months or so, and would be distributed as a global public good, a “people’s vaccine” available and accessible to all.

If this happens, and if the economy starts up progressively, we might move towards some kind of normality  in two or three years.

But there is also a second, bleaker scenario in which countries fail to coordinate their actions.  New waves of the virus keep occurring.  The situation in the developing world explodes.  Work on the vaccine lags — or even if there is a vaccine relatively soon —  it becomes the subject of fierce competition and countries with greater economic power gain access to it first, leaving others behind.

In this scenario, we could also see greater movement toward fragmentation, populism and xenophobia.  Each country could go it alone or in so-called coalitions of the willing to address some specific challenges.  In the end, the world would fail to mobilize the kind of governance needed to address our shared challenges.

The result may well be a global depression that could last at least five or seven years before a new normal emerges, the nature of which is impossible to predict.

It is very difficult to know if we are moving in one direction or the other.  We must work for the best and prepare for the worst.

The pandemic, as horrible as it is, must be a wake-up call that prompts all political leaders to understand that our assumptions and approaches have to change, and that division is a danger to everyone.

This understanding could lead people to recognize that the only way to address global fragilities is through much more robust mechanisms of global governance with international cooperation.

After all, we cannot simply return to the systems that gave rise to the current crisis.  We need to build back better with more sustainable, inclusive, gender-equal societies and economies.

In doing so, we must reimagine the way nations cooperate.  Today’s multilateralism lacks scale, ambition and teeth — and some of the instruments that do have teeth show little or no appetite to bite, as we have seen in the difficulties faced by the Security Council.

We need a networked multilateralism, in which the United Nations and its agencies, the World Bank and the International Monetary Fund, regional organizations such as the African Union and European Union, trade organizations and others work together more closely and effectively.

We also need a more inclusive multilateralism.  Governments today are far from the only players in terms of politics and power.  Civil society, the business community, local authorities, cities and regional governments are assuming more and more leadership roles in today’s world.

This, in turn, will help lead to an effective multilateralism with the mechanisms it needs to make global governance work where it is needed.

A new, networked, inclusive, effective multilateralism, based on the enduring values of the United Nations Charter, could snap us out of our sleepwalking state and stop the slide towards ever greater danger.

Political leaders around the world need to heed this wake-up call and come together to address the world’s fragilities, strengthen our capacity for global governance, give teeth to multilateral institutions, and draw from the power of unity and solidarity to overcome the biggest test of our times.

António Guterres is the Secretary-General of the United Nations

This opinion piece was originally published in The JakartaPost, 03 July 2020 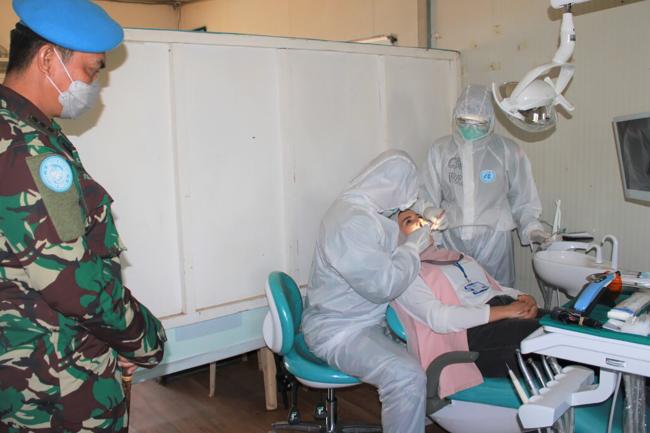 New Dental Facility in UNIFIL Indonesian Base to Serve Communities 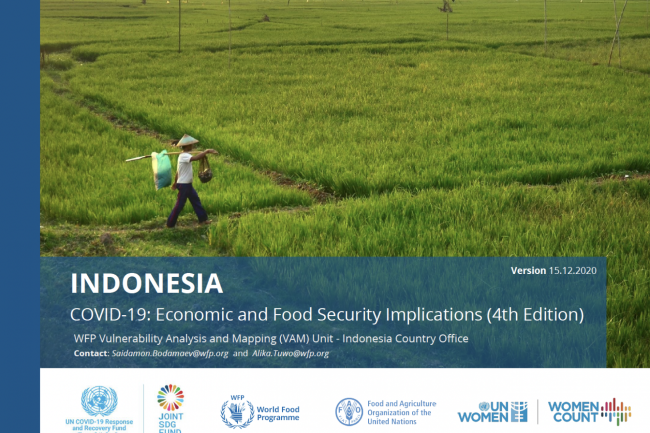 WFP, FAO and UN Women COVID-19 joint Bulletin provides a comprehensive overview of the COVID-19 pandemic’s impact on the economy, food security and 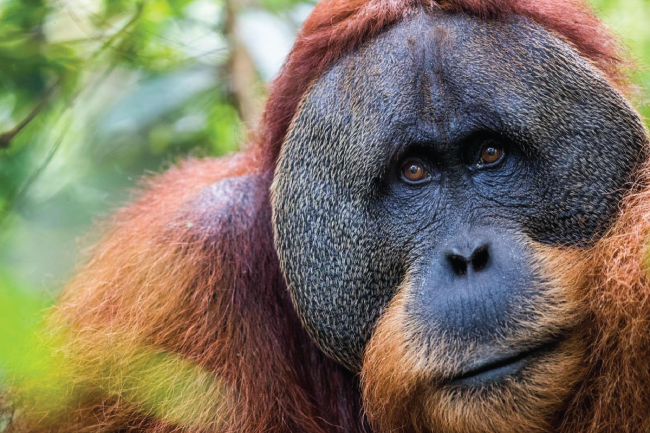 Wild for Life allows you to find your kindred species out of a number of endangered and threatened animals and plants, including those present in the Leuser.