As of 2 September, the Ministry of Health has confirmed that 180,646 people in Indonesia have tested positive for COVID-19 in 469 out of 514 districts / cities. Additionally, 129,971 people have recovered, and 7,616 people have died from the illness. Although all 34 provinces in the country are affected, records reflect that 78 percent of the total cases are identified in eight provinces: DKI Jakarta, East Java, West Java, Central Java, North Sumatra, Papua, South Sulawesi, and South Kalimantan. Java Island contributed 57 percent of all confirmed cases in Indonesia. 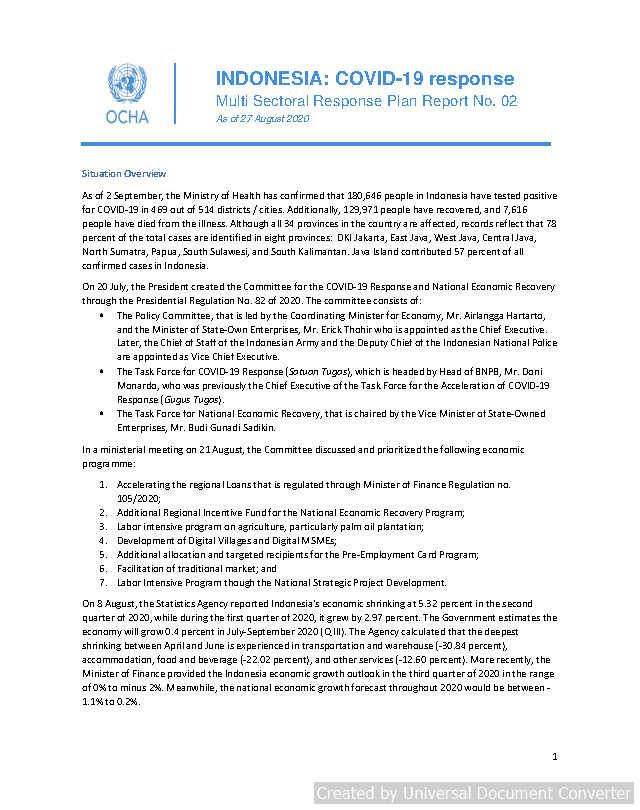 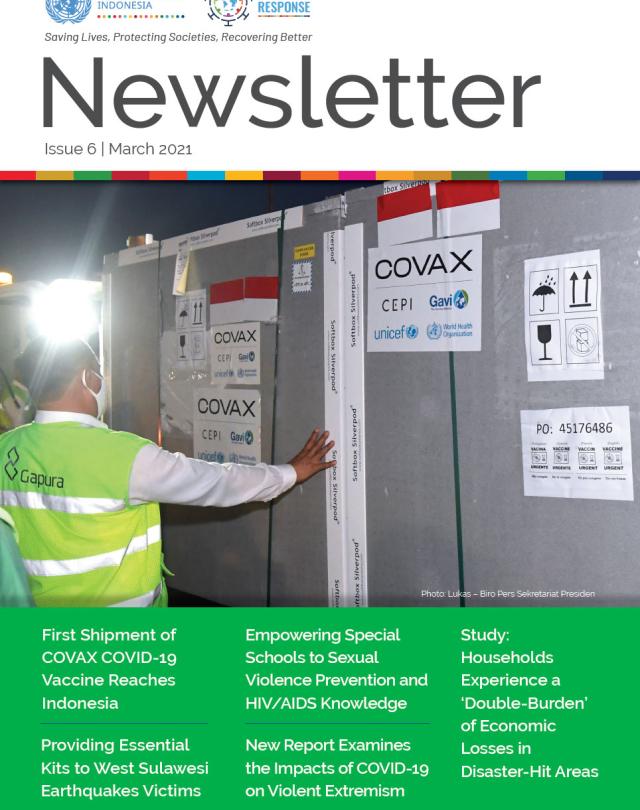 The UN in Indonesia monthly newsletter highlights the latest work of the UN agencies in Indonesia and stories of recovering better and leaving no one behind. 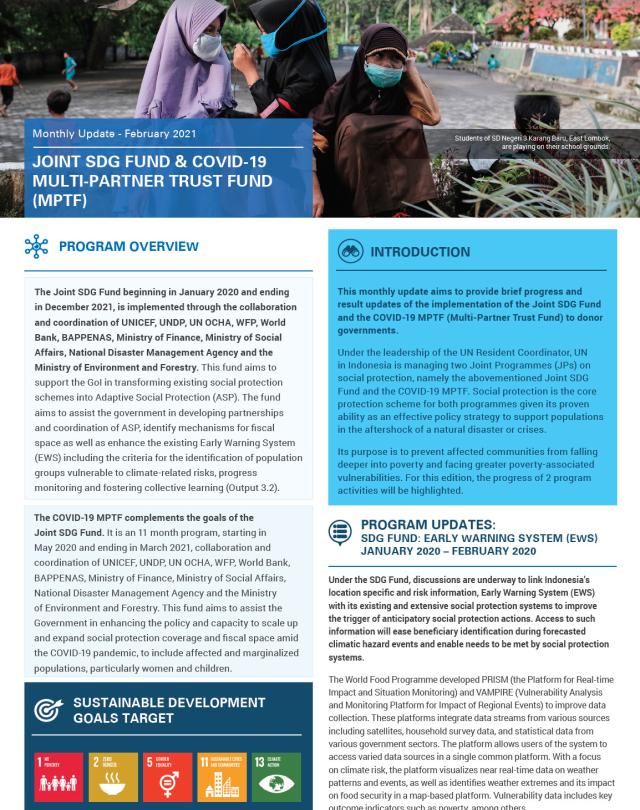 This monthly update aims to provide brief progress and result updates of the implementation of the Joint SDG Fund and the COVID-19 MPTF to donor governments. 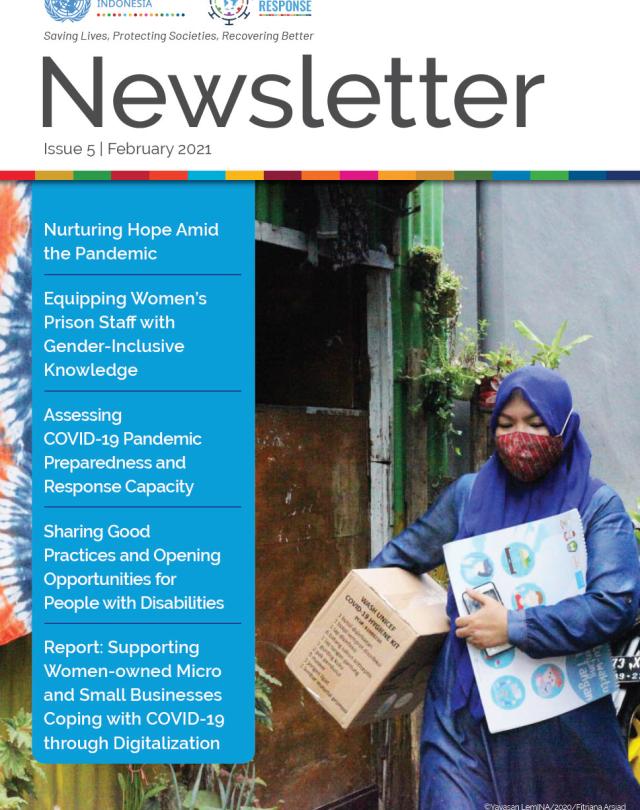 The COVID-19 pandemic remains persistent in reflecting inequalities among and within countries, adversely impacting countries including Indonesia.